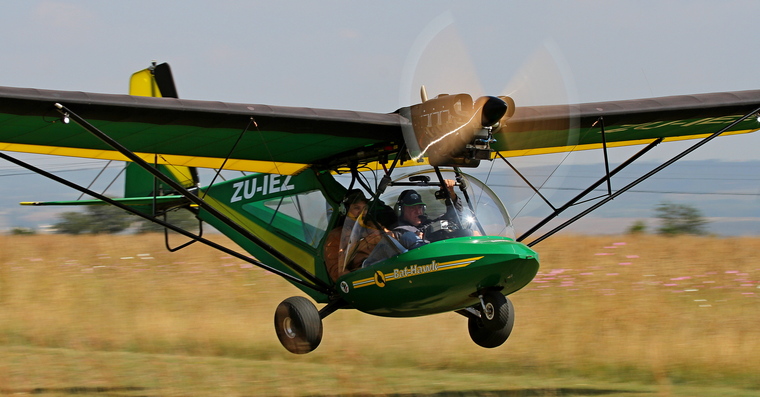 With excellent visibility from the cockpit, a fitted GPS, radio and transponder (with which it can be tracked from nearby airports), it is ideal for use in surveys of rare animals and of course counter-poaching action.

LETABA – He has done it on foot, but now, with an aerial perspective, section ranger Andrew Desmet can serve his beloved Kruger National Park (KNP) even better.

Desmet is one of three ranger pilots in the park with a newly upgraded Bat Hawk light sport aircraft, designed and built by Micro Aviation SA in Mbombela, at his disposal.
This ranger of the Letaba section in the KNP is no stranger to the challenges of game ranging and anti-poaching operations. In 2013 he miraculously recovered after having been shot four times with a high-calibre assault rifle during such an operation.

The Bat Hawk is sponsored by the Conservation Services National Project of the SANParks Honorary Rangers, which also recently paid for an engine upgrade at a cost of R175 000.
This project is chaired by John Turner, and the craft is now fitted with an improved and more reliable Rotax engine. This engine is water-cooled and extremely suitable for circumstances in the KNP.

During a demonstration of the aircraft in the Kruger, Desmet explained the benefits of having the services of such an ultralight craft. It is comparatively cheap to buy and maintain, but can still reach an airspeed of 75 knots (about 140 kilometres per hour).

It is valuable as a surveillance tool for normal reconnaissance in his section, but with a range of four and a half hours, he can also reach any point within the park with still some fuel left. The craft flies on standard fuel and consumes about 12 litres per hour.

With excellent visibility from the cockpit, a fitted GPS, radio and transponder (with which it can be tracked from nearby airports), it is ideal for use in surveys of rare animals and of course counter-poaching action. It can fly at only 200 feet above the ground and at a speed as low as about 54 knots (100 kilometres per hour).

Desmet explained that the craft is an indispensable complementary device to all other means of anti-poaching and the park would hopefully eventually have one per region.
Apart from being able to quickly respond to tracking situations, it is very effective in suppression work to enable teams on foot to catch up with suspects.

Desmet and the Bat Hawk have already been involved in a few success stories and he hopes to be of more service in future. “I love the park,” he said. “Flying the Bat Hawk gives me a unique and better perspective of my job.

“I had done it on foot many times, but seeing the terrain from the air now puts everything in place.” 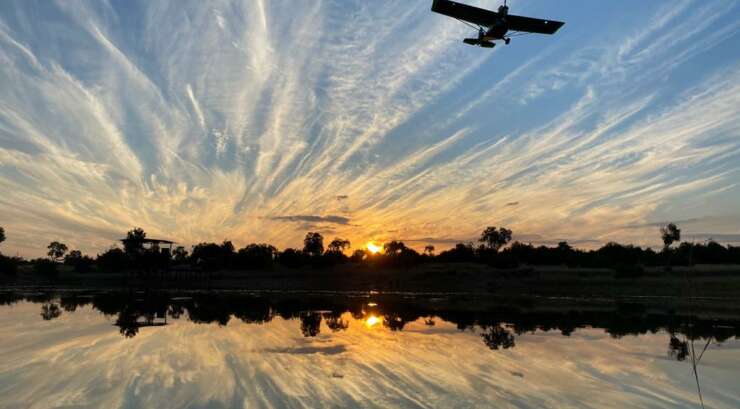 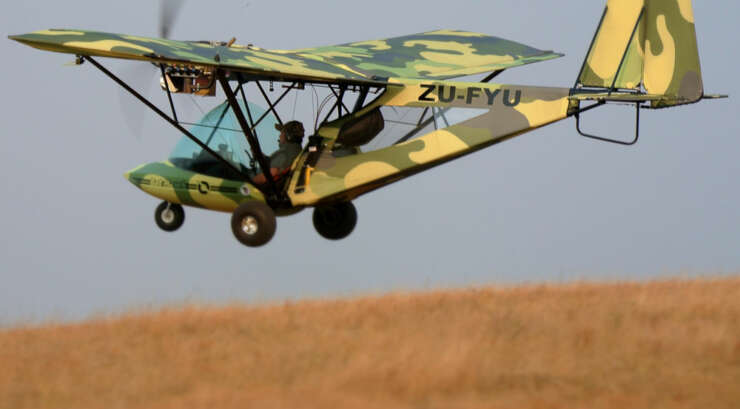